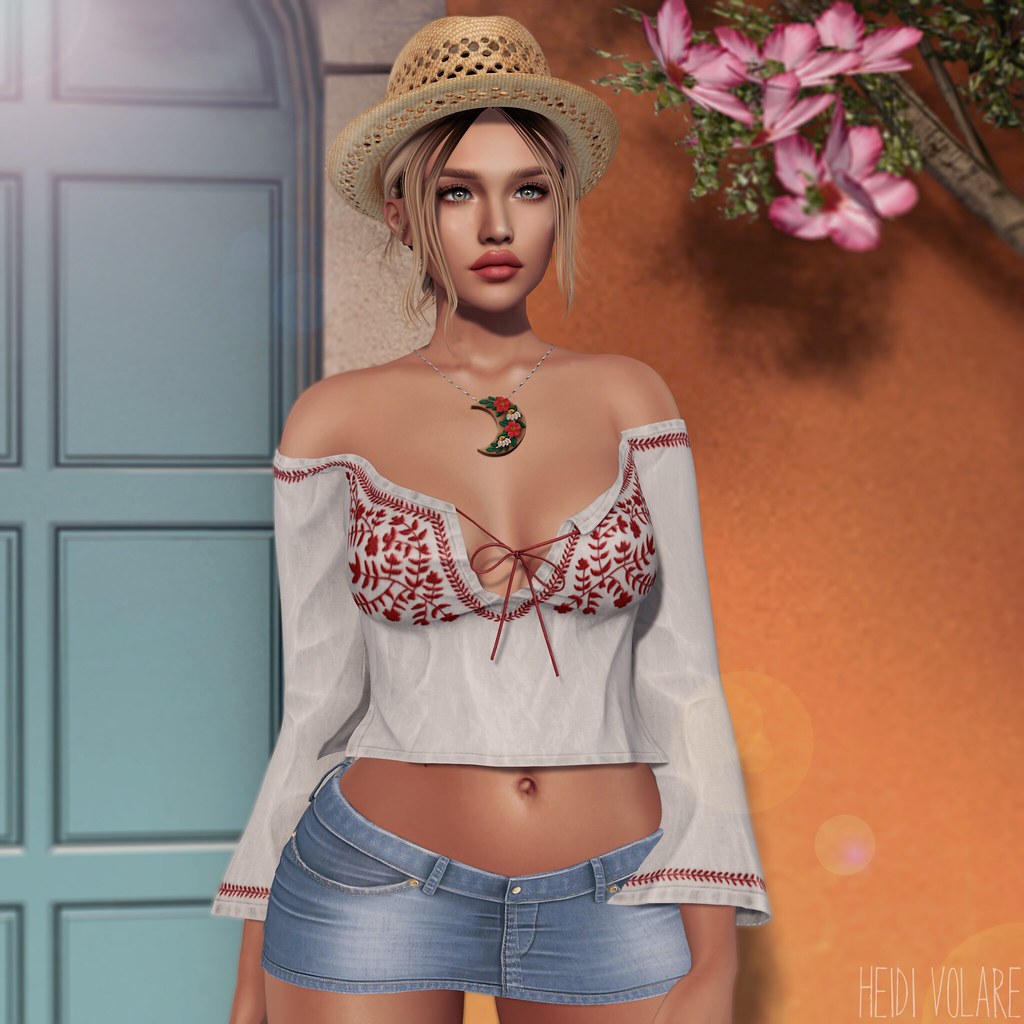 Here’s an advanced look at what we’ve been waiting for is just around the corner, and that’s a beautiful new mesh head from Lelutka named Fleur  (which is a new addition to the new Evolution Line of heads), and an entire series of four different lovely skins from Glam Affair made just for the new head.

I was immediately drawn to the Rowan skin, so that’s what I’m showcasing here to begin with.  I’m also only wearing the eye liner and lipstick that’s included with the Lelutka head.

Fleur is slated to be released on June 24th, along with the 2.0 updates to other heads.

The new head and the 2.0 update features many script fixes, as well as ten more moods and expressions that vary from very subtle to more animated ones.  There are also four new lash lengths included. Lelutka has also resolved the high altitude flicker on all HD layers. The neck has been fitted to a 0 body fat slider, making it more versatile when matching to the multitude of mesh bodies out there.